I've had a self signed cert on siliconpr0n.org which had some limited use.  There should be a real SSL cert now.

EDIT: the map issue has been fixed
Posted by John McMaster at 1:11 PM No comments:

Scaling up panotools some more

To recap, some things that I currently do to help stitch large IC photos with pr0ntools:
For large panoramas, these were still a few problematic parts:
Other issues:
Lets see what we can do about these.

Regarding optimization, panotools has a tool called autoptimizer with a nifty feature: "-p Pairwise optimisation of yaw, pitch and roll, starting from first image."  This sounds a lot better than the O(n**2) optimization that PToptimizer dos.  Unfortunately, as stated, and, verified through my trials, it does not work for position.

So, I decided to try to see what I could do myself.  Most of the time is spent getting the panorama near its final position.  However,since the images are in an xy grid, we have a pretty good idea of where they'll be.  But better than that, since the images are simple xy transpositions we should be able to estimate pretty close to the final position simply by lining up control points from one image to another.  By taking the average control point distance from one image to another, I was able to very quickly construct a reasonably accurate optimized estimate.  The upper left image is taken as coordinate 0, 0 and everything is relative to it.  I then iterate the algorithm to fill in all remaining positions.  Presumably I could iterate the algorithm additional steps to optimize it further but at this time I simply hand off the pre-optimized project to PToptimizer.

This has a dramatic performance impact.  Here's some results from a project with 805 images:
--optimize and --pre-opt-pt should produce about the same final result.  I forgot to check what the final optimization score of --optimize was.  Anyway, above results show that the pre-optimizer was able to pre-position to better than average 1/3 pixel.  A final optimizer pass was able to slightly improve the result.

The next problem was crop/rotation.  There are two problems:
My solution: create a wrapper script (pr0nhugin) that eliminates the unused images.  This won't fix hugin's O(>n) issue but mitigates it by keeping n low.  Basically it deletes the unused images and opens a sub-project with the reduced image set.  After hugin closes the new crop/rotate parameters are merged back into the original project. 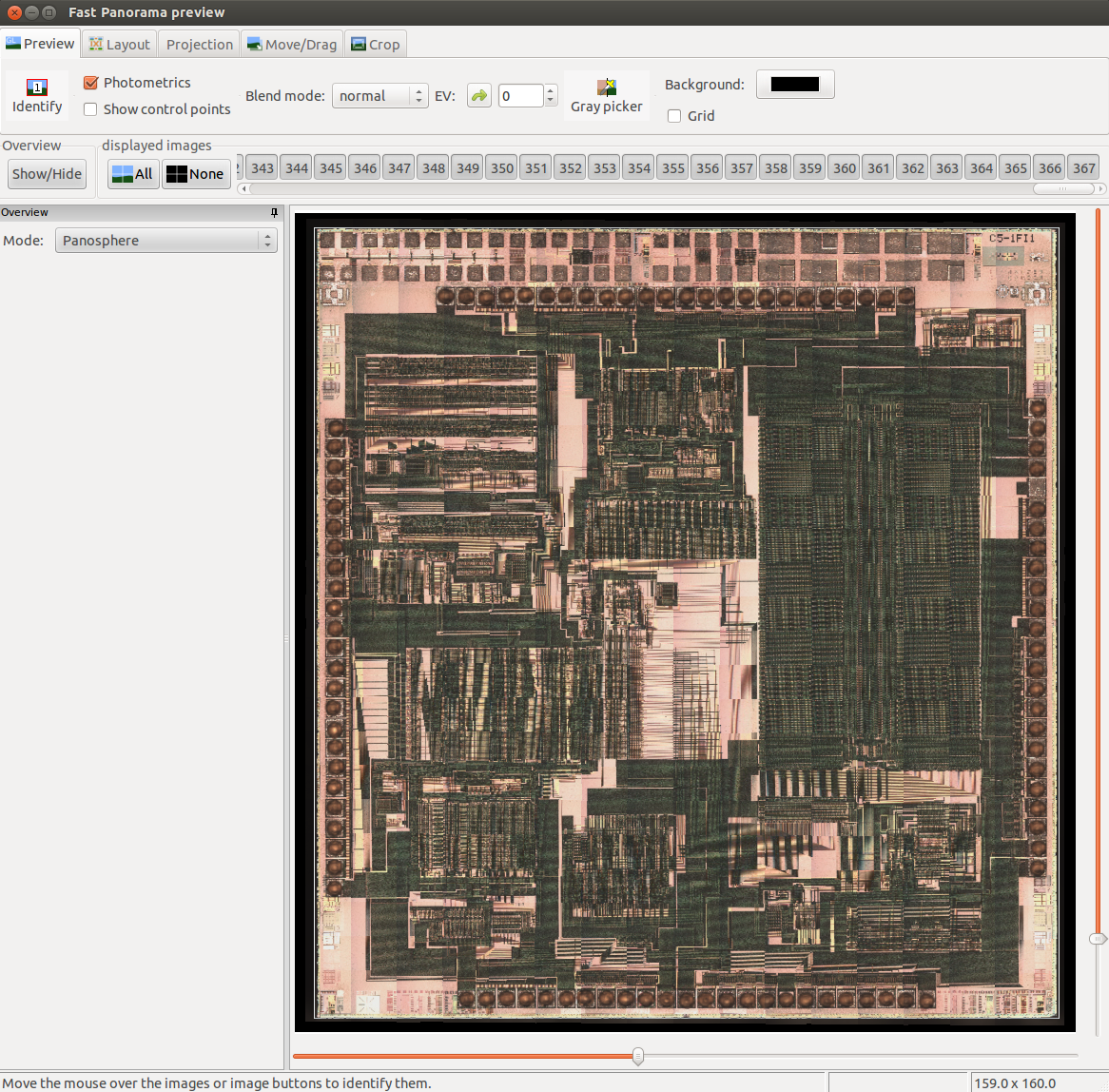 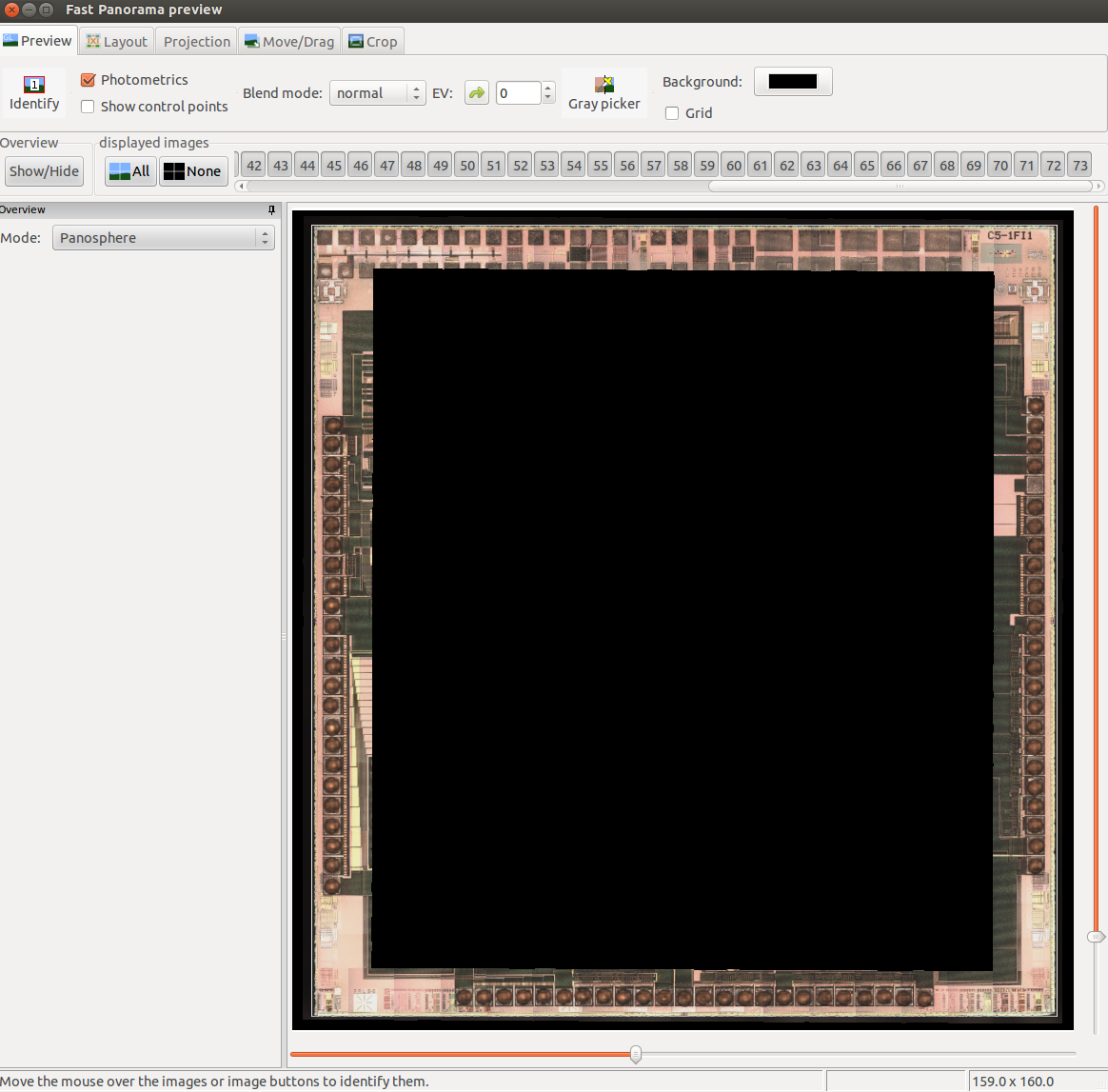 128 seconds isn't so bad but this is a smaller project and gets pretty bad for larger projects.  Could also probably eliminate every other image or something like that to speed it up more if needed.

Finally, I figured out what I was doing wrong with cpfind.  It was quite simple really, I basically just needed to use cpclean to get rid of the control point false positives.  Comparison of optimization results:
Some quick tests  show that cpfind/cpclean meets or exceeds autopano performance.  Given the pains of coordinating through WINE (they have a Linux version but it doesn't work as well as the Windows one).

Now with the backend tool working smoother I was able to parallelize feature finding easier.  Basically pr0nstitch now spawns a bunch of worker threads that calculates features between two images.  A main thread merges these into a main project as workers complete matching sub-images.

There is also a stitch wrapper script that pulls these tools into a recommended workflow.

Summary of new round of improvement:

Posted by John McMaster at 3:07 AM No comments: