The visual6502.org bulk data store has gone down:

Do you have any data from this before it went down?  If so, please contact me: JohnDMcMaster at gmail dot com
Posted by John McMaster at 10:23 PM No comments:

I've been continuing to troubleshoot the Super IIIA SEM and, by using putty, have discovered that the leak is in the column.  I'm having some trouble figuring out how to safely disassemble it to fix the leak.  More on that later.

In the meantime, I've been exploring alternate paths.  My ISI Super IIIA had a baby SEM!

I found someone selling an ISI M-7, a small tabletop SEM from the mid 70's.  The catch?  I had to drive from the SF Bay Area down to LA to pick it up (385 miles each way).  He is a semi-retired Cambridge SEM technician, not sure how the ISI unit got into the mix.  The landscape: 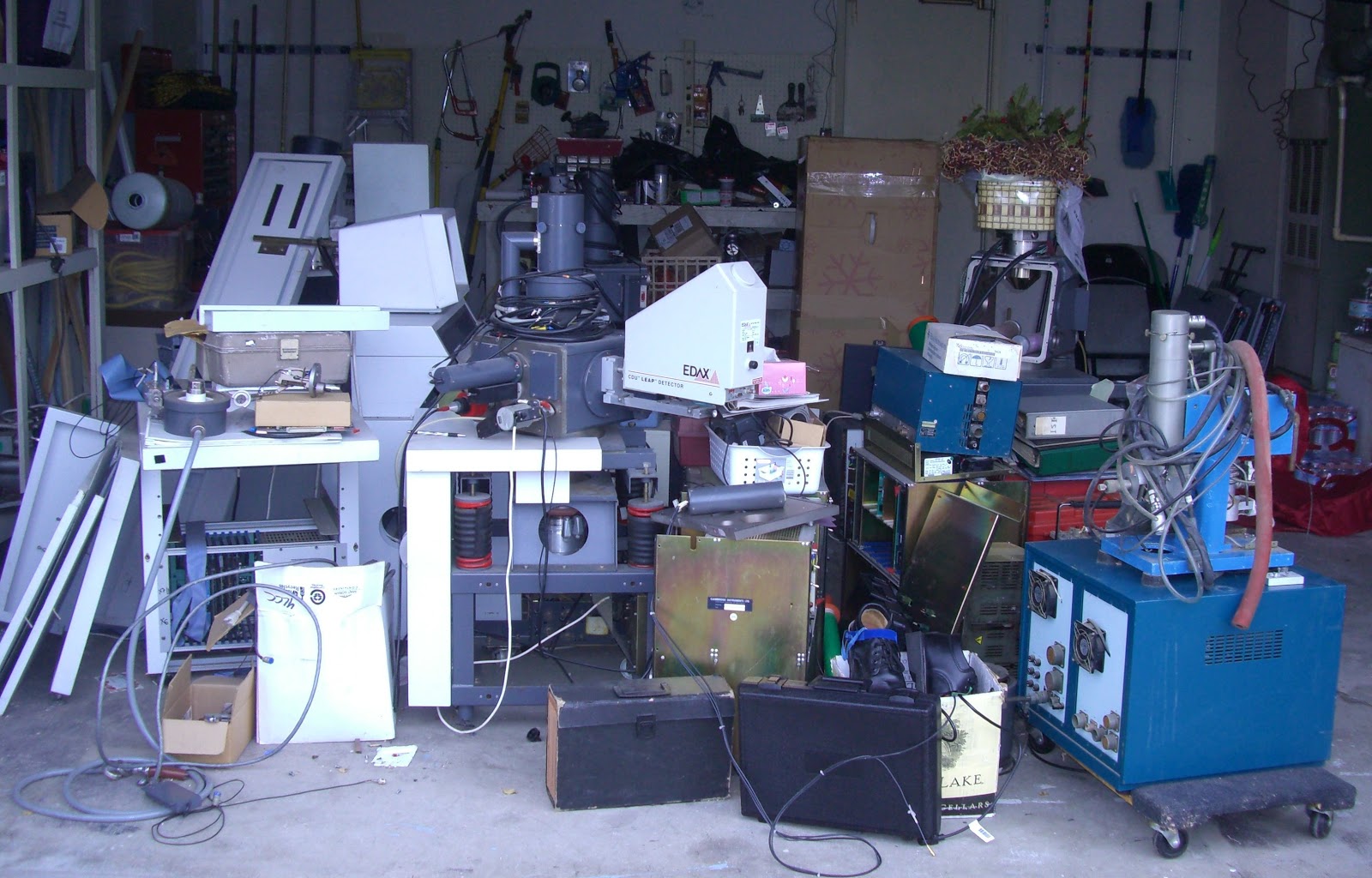 Its the blue unit on the right.

I was already aware that the PMT assembly had sustained some damage but was unsure how substantial.  Unfortunately the PMT tube itself was cracked: 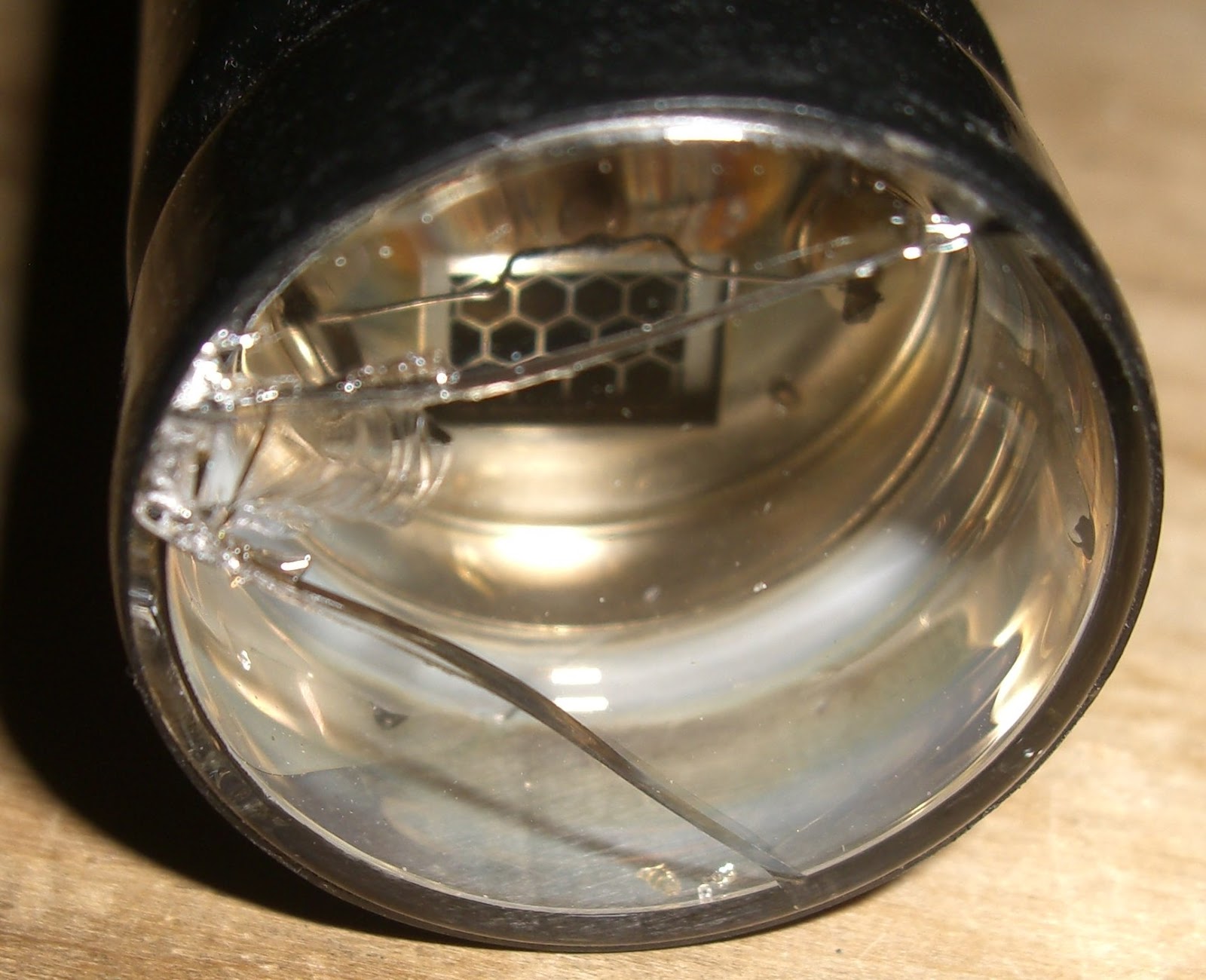 Fortunately I found one reasonably cheap on eBay that's in the mail.  IIRC the Super IIIA uses the same PMT so I could borrow it from that if necessary.  Additionally, an IC came lose in the PMT base that doesn't really match with the socket.  Need to do some work to figure out what happened.

After sitting in the garage for some years it was a bit of a mess.  For example, here's a close up of the vacuum manifold: 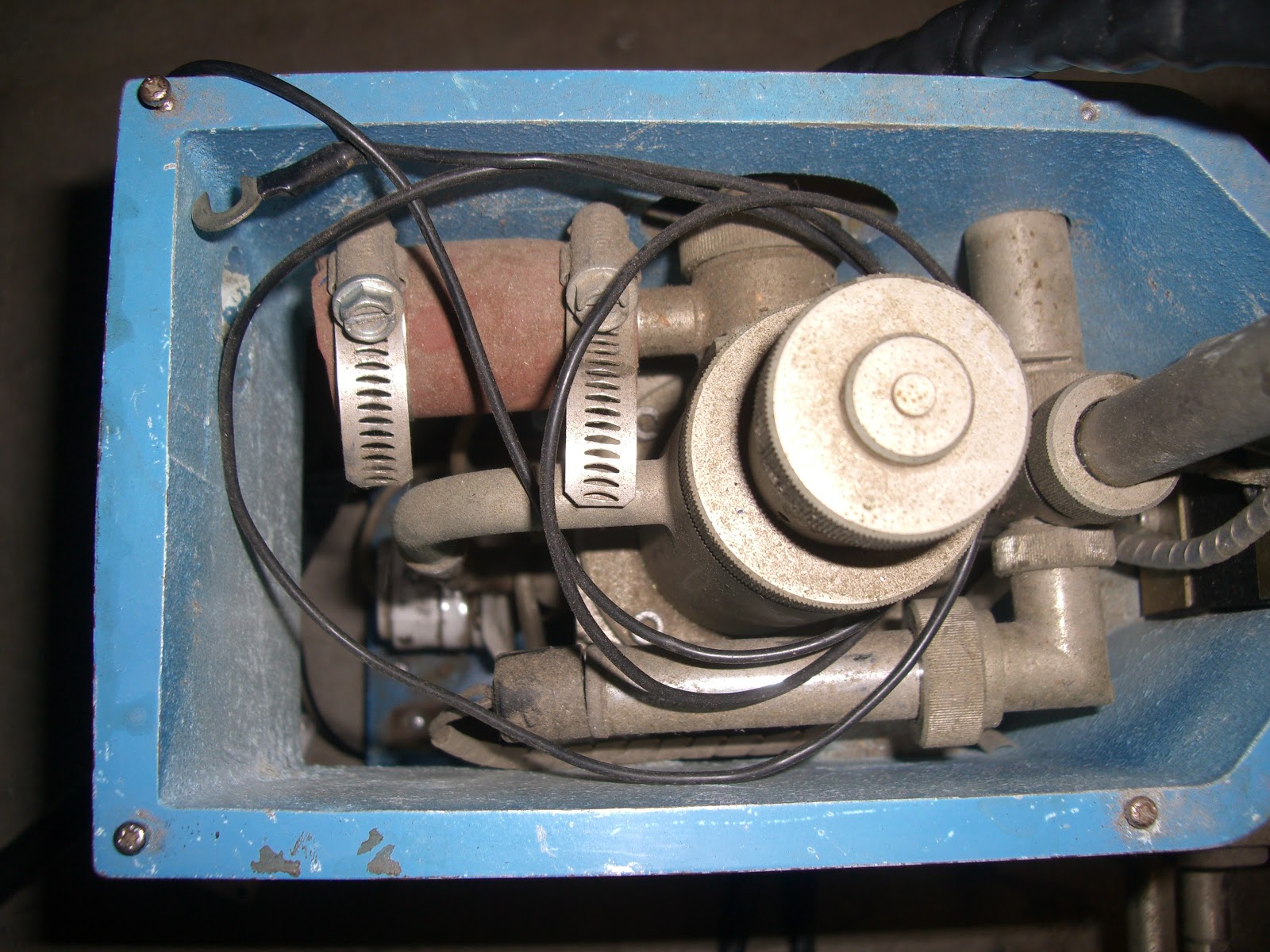 After some cleaning it looked a lot better but still has a lot of rust: 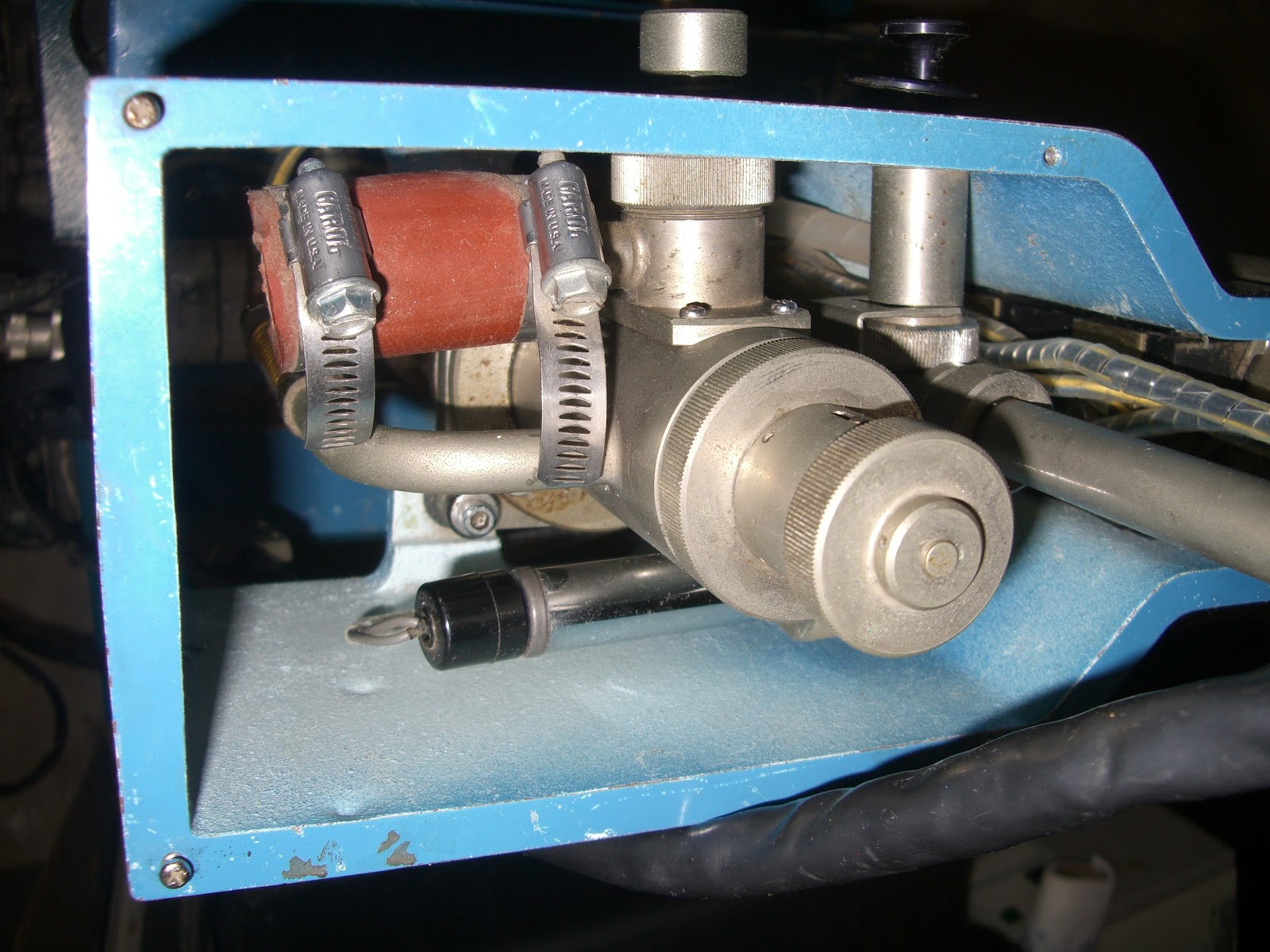 Next, I wired everything up to the best I could given that not all the cables were still labeled: 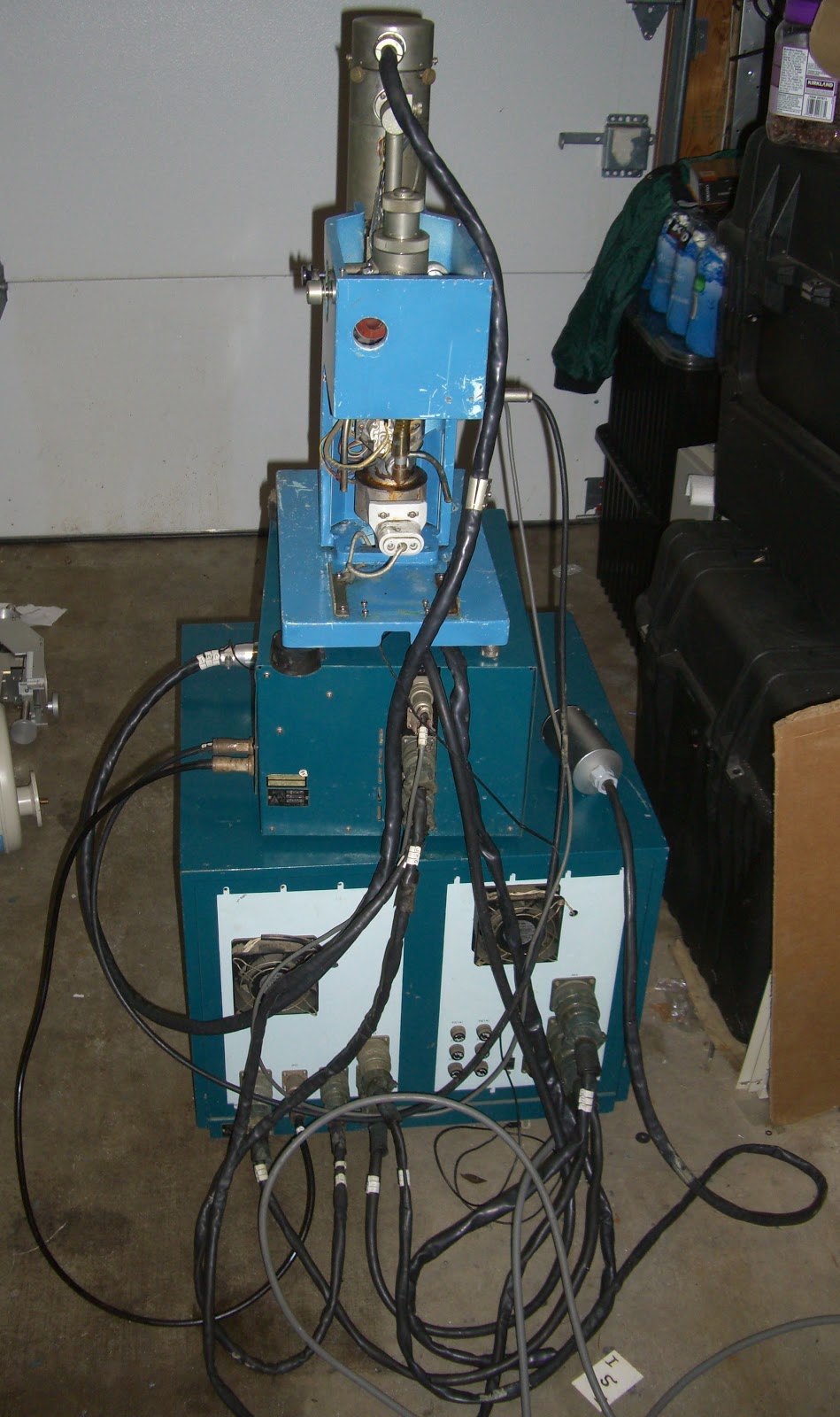 Turned the power on and no smoke came out.  The "replace anode" light came on which I'm not sure what to make of yet.

Unfortunately I don't have a 5/8" adapter for my vacuum pump so I can't attempt to rough it down.  Ordered a $10 KF16 adpater from Tedpella, waiting for it in the mail along with the PMT replacement.

Posted by John McMaster at 12:14 AM No comments: